We’ve discovered that a double 2×4, balloon framed, an exterior wall with dense pack insulation performs at the highest level – satisfying both demands of thermal and fire blocking performance and cost-effectiveness. Not only that, the less I depend on using foam, the more relaxed my clients seem to be when building affordable zero energy homes.

There are a few challenges with a double framed wall system.

Note: Individual builders can get pretty creative with how they choose to “fire stop” all the open shafts between floors, but before they just charge ahead and do it their favorite way, I’d recommend confirming that the local building inspector will sign off on it. 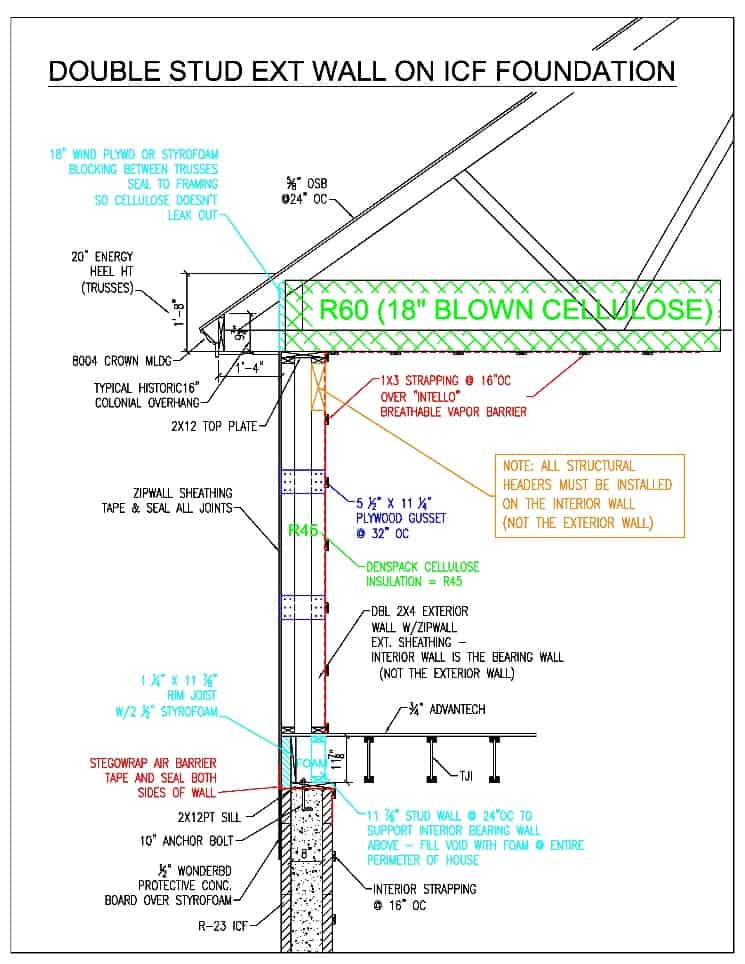 SUMMARY OF COST COMPARISON BETWEEN THE TWO WALLS:

We are often asked to calculate the difference between using the two wall systems. So we estimated two 100’-long x 8’-high wall systems; each with 4 windows and two doors. We determined that the cost of using the single 2×6 wall with 4 ½” of closed cell spray foam between studs with 2” of Styrofoam on the outside cost about 14 percent more than going with a double 2×4 stud wall with 11 ¼” of dense pack cellulose insulation.

Conclusion:
Both wood-framed high-performance wall systems have their place and we use both; sometimes in the same house. But I think I can speak for my crew and say that we like the double wall best. It frames quicker, all things considered. Plus, it has a higher R-value and we can install dense pack insulation in extreme cold. Oh yeah, and how could I forget the fact that, with a double wall, you also get really deep window sills! All cats and dachshunds rejoice!