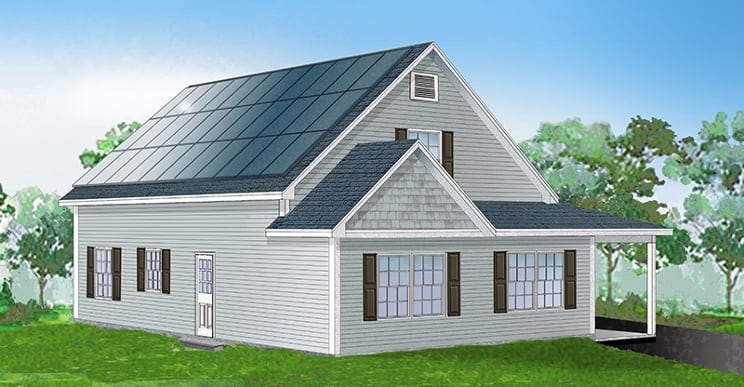 In the not-too-distant past, not enough attention was paid to the slab. The foundation hole was dug and leveled, and then four to six inches of concrete we poured into the forms. Some builders still take a similar approach to the slab (especially what is under it). But concrete slabs aren’t like carpet. Once the concrete is poured, there’s no easy way to take corrective action. If structural supports, steel reinforcing, vapor barriers, and thermal breaks aren’t installed correctly underneath the concrete, then you are stuck with it. It’s tempting sometimes to take a casual approach to anything that will be hidden and, sadly, some builders do just that.

I continue to see local contractors pour slabs with no slab-edge or underslab protection. While this may save the builder several thousand dollars on the cost of building a home, it will always come back to bite its owners to the tune of multiple thousands of dollars over the years with heat loss, air and moisture infiltration, mold, and just downright discomfort in a cold new home that ought to be warm. Appraisers can’t see what isn’t under a slab, so they often appraise these kinds of homes as if they will perform like homes that are built correctly.

Last week’s blog described the typical High Performing (HP) slab we use in our affordable Zero Energy Homes. This week and next, we’ll dissect it. 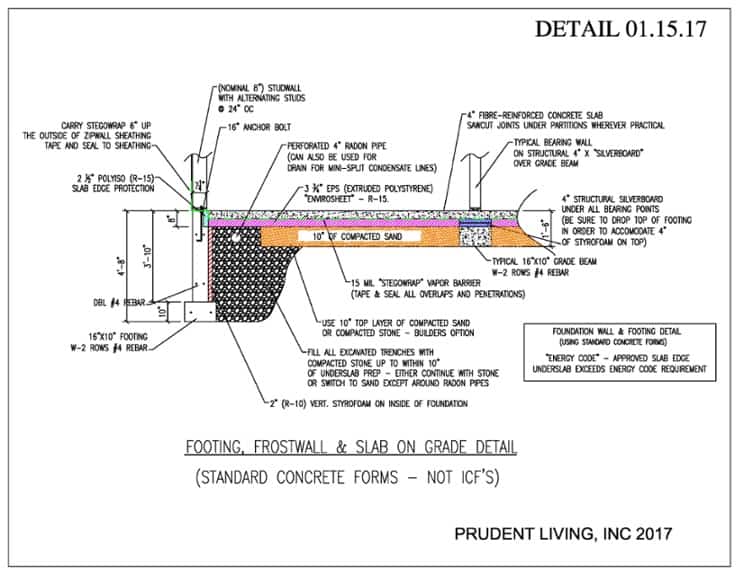 Here is the correct way to build a house on a slab in New England:

From our intro in our previous blog (published 1/13/17: ), we wrote: “In Vermont, even the most basic of affordable new homes (26’x36’ Cape or Colonial with unfinished basement & no garage) with 3 bedrooms and 2 ½ baths can cost close to $300K. When investing into High-Performance premiums that will allow a home to perform with a HERS rating of Zero (Net Zero), the cost of the house (not including cost of land or lot improvements) will be around $330K. Because of the high cost of construction, we are aware of strained budgets and are constantly looking for ways to keep the cost as low as possible while maintaining quality and delivering the living space that our clients want.”