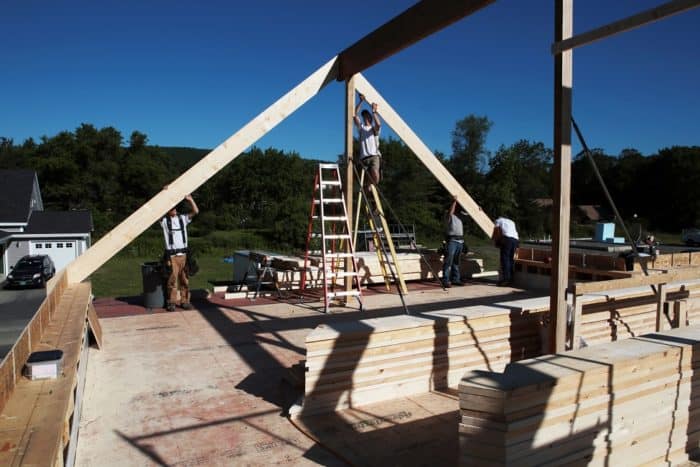 For the most part, the roof framing of the ProHOME is standard:  2×12 rafters and 3.5-in.-by-16-in. Eastern Parallam PSL ridge beams provided by Weyerhaeuser make up the brunt of the framing. In addition, 6×6 Parallam posts on either side of the stairwell help transfer the load to the foundation, and 2×8 collar ties tie the rafters together at the ceiling height.

The weight of the beams required that we use a crane for setting them in place. The crew was ready a day in advance of when I could get a crane on site, so they had time to prep for it by setting temporary posts at either end of the ridge beam and cutting all the rafters. The beams were set first thing in the morning, and shortly after lunch all the long rafters were in place.

The crane lifts the main ridge beam into place. Temporary supports at the gable ends catch the ends of the beams and pre-cut rafters are stacked and waiting on the center of the floor. 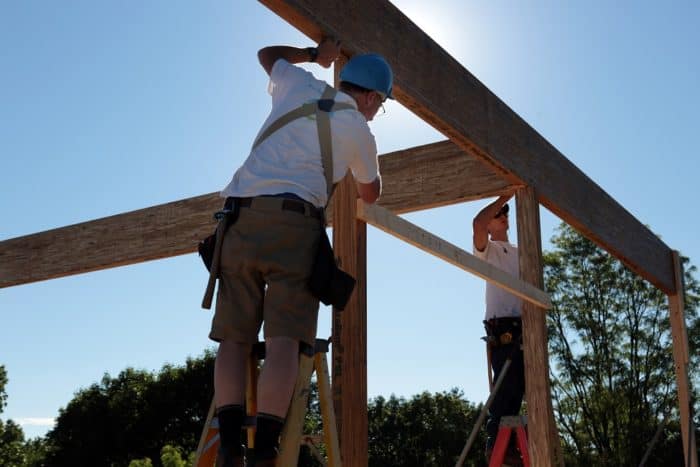 The next aspect of the roof framing was to establish a 20-in.-deep rafter bay to allow for the dense-pack cellulose insulation. To do this, we snapped a chalk line along the collar ties at 20 in. from the roof sheathing. At each collar tie one end of a 2×4 is nailed with the lower edge lined up with the chalk line and the other end of the 2×4 fastened to the top plate. Plywood gussets were nailed on to stiffen and keep the 2×4 nailers straight. It adds some materials and labor, but it’s still less expensive than closed cell spray foam in a 2×12 bay. Plus, we also get a continuous thermal break between the 2×12 rafter and the nailer. 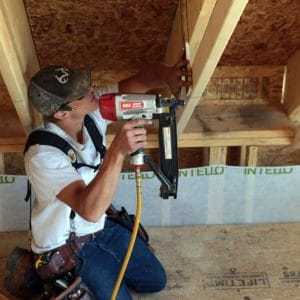 Like the double stud walls, a second layer of framing in the roof adds insulation depth and creates a thermal break. 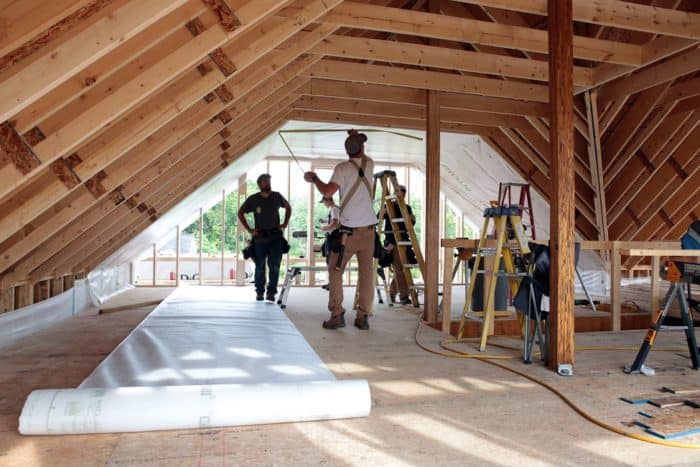 A view of the finished roof framing shows the 2×4 nailers used to create the deep rafter bays. The nailers and collar ties define the air barrier as shown by the Intello in the background of the image. 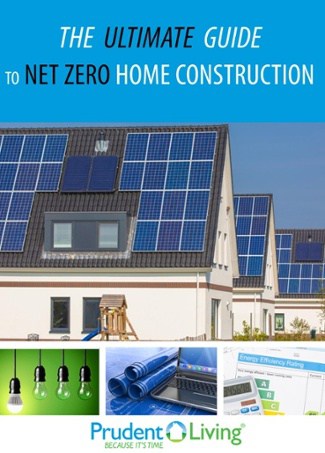